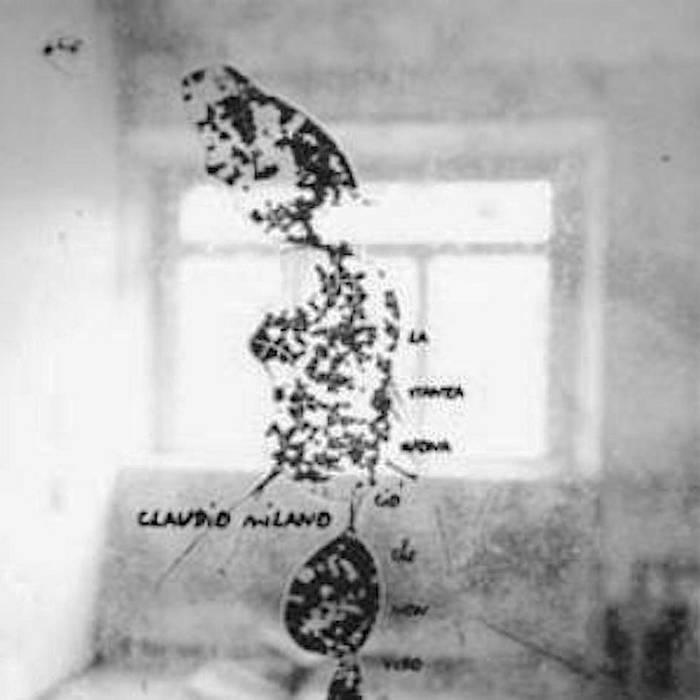 This album was conceived as a vehicle for a live recital called "La Stanza Suona ciò che non Vedo".

This recital was brought on stage with different line-ups and with actors, sets, sculptures, video projections, installations, bodypainters, action painters, between December 2005 and July 2010.

Thanks to this album was born the project NichelOdeon.

"La torre più alta" in the version here included was the soundtrack for the Italian performance at the First Biennale of Contemporary Art in Moscow (2005).

TREMENDOUS HISTORY OF AN ALBUM:

Between 1999 and 2001, when I was still working at my imaginary soundtracks in a very experimental way, there was a real attempt on my part to get closer to pop music. I did tremendous and underpaid jobs, I had no chance to study singing and the publication of my first CD "L'Urlo Rubato" seemed impossible. The pop choice was very difficult for me. I knew what it meant to make that kind of music in late '90, but I wasn't able to. I didn't know how to write "pop" lyrics, but I tried. In Italy everything was "really light" and there was no opportunity for musicians willing to begin with something that was "different". Everything in Milan was "electro pop" or "ska". I didn't have a "pop" voice and I was forced to remove every character from my singing. There were clubs (Plastic, Café Dalì, Rainbow ...) where you meet managers, young newcomers and the only way to interact with these people was ... sex. I was not the right person for that world.
I tried to find easy and sophisticated melodies at the same time, winking lyrics, but able of expressing something deep, sometimes with some good result, sometimes no.
The band with which the attempt was made was called CameraOre and disbanded soon.
When I was trying new ways, I was called by a Sony producer. He allowed me to record a new demo-tape with the easiest track written by me, "Replicanti" and another song... On that occasion I realized that the pop world was "a ridiculous mass of crap".
While the worldwide antiglobalization movement was organizing in Genoa, (2001) one of the most terrible and controversial episodes in Italian history, the majority of Milanese young people were experiencing that event as a fashion show and nothing more. It is absurd to think this today, but it was real (too). I wrote a song, "Candy Dandy al G8", to accuse the superficiality with which political and social facts were experienced and Sony was enthusiastic about it. During the G8 summit, what we all know happened and I was thrown out of the recording studio on charges of being "unmanageable".
They told me how I had to move, as I had to talk, as I had to sing. They claimed I was "the new Alberto Camerini". I could not accept being maneuvered, I preferred to return to work in a call center.
I stopped writing songs and returned to music for theater, this time for real shows and starting a real professional career in that area. The economic results was near to zero.
When "L'Urlo Rubato" was published with any kind of interest from Italian labels and press, just for a theatrical play, I was asked to write a song called "Il Ladro di Giochi". I discovered that I knew what a song was for me, something with no thought in the market (in the while new persons began in saying that I was "the new Giuni Russo", or "the new Klaus Nomi"). In few months I wrote some of my best songs, but once again, there was no studio to record them and I had no money to do it.
A new, neo-prog oriented project was founded, it was called "Sabbie Mobili".
Every dress for my songs seemed inappropriate to me...
I decided to completely abandon every "musical field" and to make my own music, "theater itself". As for my soundtracks, I choose to write my own arrangements. Embracing this choice I realized that I would not have gained anything and that I should not have listened to anyone, anymore.
At the same time another thing was clear... I would never have a band again ... just projects.
La Stanza Suona ciò che non Vedo" was born... but it was just a first step.
Few months later I met Francesco Zago (Yugen) and NichelOdeon began its long adventure. With this project I had a chance... being myself not behind the scenes but in front of an audience, as for me it was when I was a teenager singing covers of classic rock (Pink Floyd, Deep Purple, Cream, Led Zeppelin, Queen, King Crimson, Peter Hammill, David Bowie, Emerson Lake & Palmer, Marillion, Bob Dylan, The Velvet Underground ...) and when I was a child singing folk music and "operetta".
Without any economic feedback and within a small musical corner of course, but proud of myself.