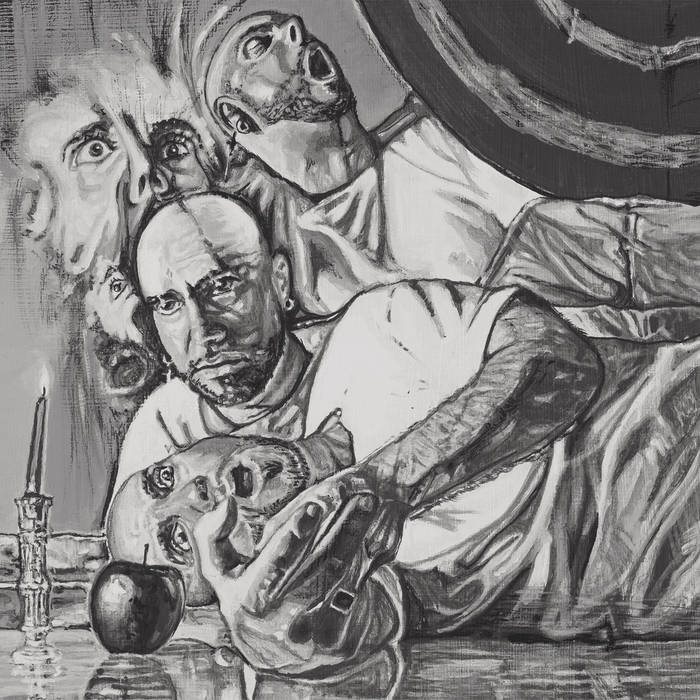 HOW TO BUY A CD ALBUM (digipack + booklet + 4 stickers - Every copy is signed by Claudio Milano and with inscription on request) !

2) we can find a way via bank transfer

For an "overcoming of anger"

Not Me
Contemporary music project born in Puglia in 2018.
Classical music, but with attention to electricity, electronics and global languages. All the topics covered by the project are social and libertarian. The tracks are articulated in short times as in small lied and short compositions of music for virtual orchestra, little ensemble, or by single voice over several octaves range. Balance, composure, harmony, like “haiku”, despite the use of a " tonal and atonal harmonic system at the same time" (Polystylism, all that can be useful for my own expression).

NichelOdeon
Expressionist theater-music project born in Milan in 2007. Dressed in contemporary and "exploded" form-song romances, it uses every language deemed useful: ancient and contemporary classical, new jazz, global ethnic music, folk music, electronics, rock in all its variations. The topics dealt with are a very intimate diary in the name of Claudio Milano and they often discuss philosophical, religious topics, as well as violent social and political tension, autobiographical themes, in a psychoanalytic statement. The project is based largely on the direct interaction in recording studios of a chamber rock ensemble, which has changed face and geographical locations (Italian regions Lombardia, Lazio, Puglia) of belonging over more than ten years of history and welcomed contributions from some of the greatest talents of the Italian underground and avant music from the 60s to today.

InSonar
A project founded with the Venetian multi-instrumentist/“non-musician” Marco Tuppo in 2011, it's extremely flexible in its use timbre of instruments and human voice. While rooted in the electronic environment, this adds acoustic “colorful sound” suggestions, ethnic and electric cosmopolitan, as well as unusual tools (theremin, Onde Martenot). The lines of the songs often resort to nursery rhymes and in the lyrics they are children in the first person talking, turning daily horror into wonder. Another theme addressed is that of mental and physical travel. InSonar is mainly a "networking" project developed to the nth degree to welcome contributions from musicians from around the globe, some of which are true legends.

This Order
Gothic and theatrical avant metal project, to accommodate every subgenus of the phenomenon. It lives a balance between minimal geometries derived from historical avant-gardes, dark-wave / stoner / math rock and progressive maximalism. This Order was born in 2015 in a small town in the Taranto hinterland, Fragagnano, thanks to the collaboration of former members from the dark wave band Karma in Auge and Claudio Milano with the active collaboration of Italian musicians from different backgrounds (participated in the concept by recording contributions from studies scattered throughout Italy), including Paolo Tofani, former member of Area International POPular Group.

Each of these projects has in common the desire to create new identities of sonic languages, come on structured and elaborated cultural references in summary; shares the courage and willingness to propose music for urgency and communicative need, but without economic evaluations to direct the choices; accepts interaction in a performative context, with every recognized and unrecognized artistic forms. The knife thrown at a target shooting, intended as a necessity of choice but also as a danger, responsibility, is the main symbol of the whole album.
The places, the times

The themes and lyrics, the arrangements and the writing process

An album with the theme "overcoming anger" in an era of deliberate and legitimately aggression.
A long story / novel in 15-17 chapters, which after so many years (since August 2004, date of publication of my first solo album "L'Urlo rubato"), sees not only music, lyrics and pictorial cycle to define the artwork, but also the arrangements return to my only signature, with some welcome exceptions.
For the second time, the recording process started from the truly dangerous "a cappella" engraved voices. Arrangements written on paper and "in mind" (in a very old way, without any informatic support), to marry consonance, atonality, serialism, cacophony, alea, polyphony... to make staves explode definitely!
The need to feel even more "mine" and "true", something I offer to you today so that it becomes "something else" at the discretion of your sensitivity.

Lyrics here are screams of butterflies against a sun that “will give them light”,

1) of those who die in a Chechen lager ("Non Esistono", "L'Ultima Sigaretta (Fantasmi ad Argun)"; crossing a sea, the Mediterranean, or a river, the Rio Grande, which hopes interrupt roughly ("Senza Ritorno", "Sabbia Scura", "Del Mondo i Occhi (New Moses)", "Nyama (Gettarsi Oltre) ": The Cycle called “You Legalized Holocausts”;
2) who dies without a kiss ("How hard Tune!", "Con Dedica", "Idiota / Autoritratto (Tadzio's Death)"," La Montagna e il Trono"): The Cycle called “Fatuous in Action - (Infatuations)”.
3) of those who die selling illusions that will not absolve them from solitude ("Il Barbiere degli Occhi"), without a roof ("La Scatola"), strangled by the deceptions of a language of a new Babel of the network (of the social networks, of the chats), that everyone makes strangers ("Variations on The Jargon King"); of those who slowly struggle not to die out intimately, because no, there is no more room for everyone, no more ... ("Ho Gettato mio Figlio da una Rupe perché non Somigliava a Fabrizio Corona","Out Let - Viae di (s) PHjga"): The Cycle called “Obligation of Disobedience”.

Dedicated to the memory of Gianni Lenoci (Monopoli, June 6 1963 – San Giovanni Rotondo, September 30 2019),here involved with his unique passion ad genius, Enrico Ramunni, music journalist who for many years followed my path with loving affection and attention. Because today more than ever music requires guardians and where these disappear, with them it becomes more little hope that the whole idea of “counter-culture" will arrive to us.

Claudio Milano, (which this time bend over backwards, that is, “made 4 of himself”)

2) How hard Tune!
music, lyrics and arrangements by Claudio Milano

15) Nyama (Gettarsi Oltre)
music by Claudio Milano on Marco Tuppo's original rhythmic cells (the track was published in a very different version on Alfa Neu's album “Introducing Mr K.” - Drummond, 2015 and as InSonar with an online version in January 2016); lyrics by Claudio Milano with quotes from Dino Campana's “Una Strana Zingarella” and Pier Paolo Pasolini's “Profezia”; arrangements by Claudio Milano with some contributions from Ivano Nardi and Stefano Ferrian

All tracks is named “Senza Valore / Without any Value”

Artwork
Paintings and storyboard concept by Claudio Milano on photos by Damiano Todaro and Cesare Buttaboni (cathedral ruins only).
Paintings were photographed by Raffaele Vestito.
Graphics by Paolo Rosset.

Andrea Murada: self built percussion, percussion from all over the world (track 16).